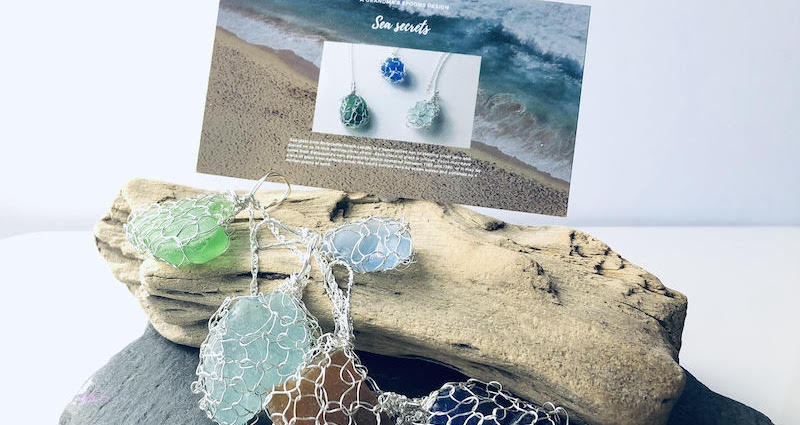 There are significant moments in life where people always remember exactly where they were when they heard the news like President Kennedy’s death or Princess Diana’s. I will always remember the exact moment when I heard a news report of a young N. Ireland woman killed in Rhodesia (now Zimbabwe) in 1978 by rebels when doing missionary work. Although her name was not given in the report I knew it was a friend of my teenage years. I felt an overwhelming sense of guilt because whilst she was serving God in a dangerous and inhospitable place I was drifting further and further away from Him. I never forgot her sacriﬁce in all the ensuing years and when I came back to God many years later, I began to take an active interest in those who serve the Lord in places where it is dangerous to be a Christian.

I have always appreciated that as a Christian in a ﬁrst world country I have privileges that are denied many other brothers and sisters in Christ. I became involved with Christian Solidarity Worldwide, as their contact for the church I attended in Glasgow, and as many people do, I donated to the work of various groups and wrote to MPs and signed petitions.

In recent years I have been particularly moved by the plight of Christians in Pakistan, who are victimised in brutal and unimaginable ways. Their plight more often than not is ignored by police and local magistrates who are from the majority Muslim community. I’ve also been inspired by hearing, sometimes ﬁrst hand, the testimony of Christians who have suﬀered brutality and yet forgive their tormentors. My husband Clive and I have been long-time supporters of Open Doors, but I have recently come to feel that donating money was rather like salving my conscience and I wanted to make a deeper commitment. Donating money wasn’t enough. I wanted a connection and I asked God to show me what I could do. I felt particularly challenged by 1 John 3:18 “My little children, let us not love in word or in tongue, but in deed and in truth”.

I have a little online business from my retirement hobby of silversmithing, and I wondered how I could develop something related to that, which would be dedicated entirely to supporting the work of Open Doors. I had made a few jewelry items with silver forks set with sea glass from Ballycastle’s beach and they sold, much to my surprise.

So, I thought I would come up with a design which I could reproduce in bulk and where all the proﬁts would go to supporting persecuted Christians. Since we were long-time supporters of Open Doors and Chris in our Connect Group is Ireland Team Leader for Open Doors, it seemed the right choice to support their vital work. And so began Sea Secrets jewellery. 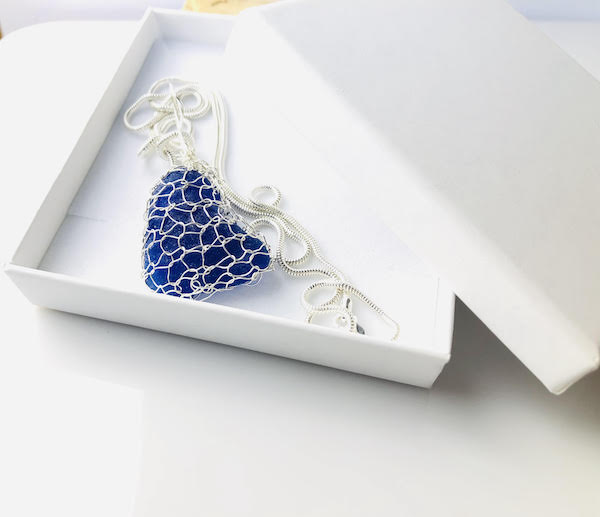 It is no surprise to me that my hobby is jewellery making. I’ve always loved shiny bejewelled things from an early age. As a child I loved the children’s hymn based on Malachi 3:17.

“When He cometh, when he cometh, to make up his jewels, All His jewels, precious jewels, His loved and His own, Like the stars of the morning, His bright crown adoring, they shall shine in their beauty, bright gems for his crown.”

Many persecuted Christians bear the outward scars of the horrors perpetrated against them, but their love for Jesus shines out of them. They are jewels in the King’s crown.

A perfect piece of sea glass has had all the jagged edges ground down by the buﬀeting and scouring of sand and waves, and the brash shine of the original glass has been softened to semi opaqueness by salt corrosion. No two pieces of sea glass are exactly the same. Here is a metaphor for persecuted Christians. The horrors they have endured may have been designed to grind them into nothingness, but instead the beauty of Christ is perfected in their faithful witness, and like the glass, no two of them will have exactly the same story or experience.

I’ve often wondered how I would fare if put under torture to make me renounce Jesus. Christians have always been persecuted somewhere in the world throughout history since the early church. I am in awe of all those who elect to serve as missionaries, often under cover, to support Christians in dangerous countries and I know many of you in our fellowship, support those who serve this way, and indeed some have personally served in such circumstances. They are the secret Christians and thinking of that I came up with the name Sea Secrets, the gems formed secretly in the depths of the sea wrapped in a net of silver wire, reminiscent of the nets being mended by Peter, Andrew, James, and John, when Jesus called them to follow him.

And so we have “Sea Secrets” a range of jewellery created in sterling silver and North Coast sea glass, with all proﬁts going to the work of Open Doors, UK and Ireland, for the support of persecuted Christians. I hope that it will become a sustainable business which will grow and be self suﬃcient and raise awareness as well as raising funds.

The idea goes beyond selling this range of jewellery on my website. I have a vision for it to become a wholesale enterprise so that church groups can buy a minimum of ten pieces for a wholesale price, which will still give a good proﬁt to Open Doors, but then that group can add their own mark up and sell the jewellery to raise funds for any project of their own. I don’t see this as a short-term fundraising project but more a business which can grow and develop and be sustainable in its own right.

Please take a moment to visit my website where you can read more about Sea Secrets and visit the Sea Secrets shop. If you know of any church groups who may be interested in taking some Sea Secrets jewellery for their own fundraising projects, please pass on my contact details. https://www.grandmasspoons.com/sea-secrets-shop

Designed with by Talent10 | WordPress Support by WP Hero